BOOK VS MOVIE: A Thousand Clowns 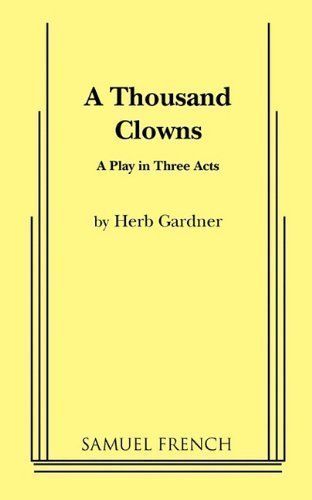 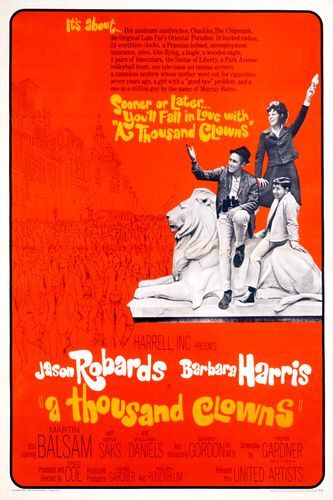 Family is often a subject matter explored in fiction. Whether it's the estrangement of its members or the reunion of them, it's something everyone experiences at some point in their lifetime. And its material can vary from work to work.

More often than not said material focuses on the men of the family. Many times it's because of the stigma towards the dominant sex showing their emotions. (Granted, the writers of those stories are often male themselves.) Sometimes it's from circumstances both seen and unseen, other things being more complicated.

Herb Gardner's A Thousand Clowns follows unemployed writer Murray Burns as he faces the possibility of losing custody of his nephew Nick. Murray's more than content with his current situation but everyone's insisting that he should find another job. And boy, he doles out some real zingers courtesy of Gardner and his typewriter. ("Oh God, I've been attacked by the Ladies' Home Journal.")

Recruiting many of the people associated with the original Broadway production (including the director), Fred Coe's adaptation expands on Gardner's three-act play and explores more of Murray's self-contained world. Coe uses New York City as Murray's personal playground, his escape from acting his own age. But man, does that come back to bite him on the ass time and time again.

So which is better: Gardner's play or Coe's film? Both maintain a dry wit to them, something you don't normally find in the average script nowadays. (Why aren't more theatrical works like this?) And it's interesting because plays don't always translate very well on a cinematic scale.

What's worth checking out?: Both.
Posted by MovieNut14 at 10:23:00 AM
Email ThisBlogThis!Share to TwitterShare to FacebookShare to Pinterest
Labels: book vs. movie, plays, reviews