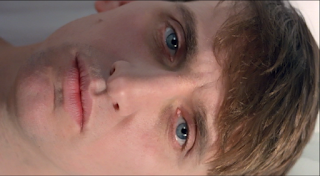 Trademark #1: The opening shot is from the middle of the movie
In this case, the opening shot is used twice later on in the film: first after the trio dispose of the body, and again at the end as David's body is stored away at the mortuary.

Trademark #2: Large amount of money as a MacGuffin
Much like what Boyle would do with Millions (and as a subplot later on in Trainspotting), the stash of cash moves the plot forward. (And also shows who the greedy bastards are in the film.) 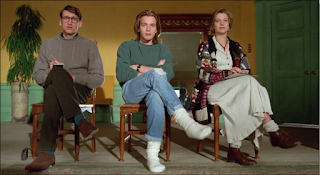 Trademark #3: The protagonists are often unsympathetic in some way
Good Lord, yes. For God's sake, the whole premise of the film revolves around the three leads trying to cover up the death of their flatmate. Granted, David has a conscience early on but that soon gets frittered away as his paranoia builds...and more bodies start to pile up.

Trademark #4: Effective use of music editing
It features a very ironic use of Nina Simone's "My Baby Just Cares for Me" after the trio discover the body. (It's a matter of listening to the lyrics to understand its irony.) And what better way to capture the mood of a murder, an attempted murder and a betrayal than having all of it set to Andy Williams' "Happy Heart"? 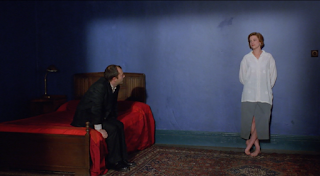 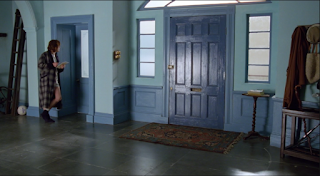 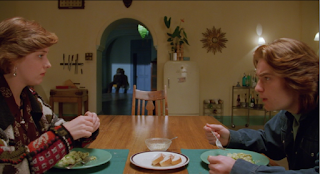 Trademark #5: Bright, colorful landscapes
Well, it's more to do with the flat the three share. For a film with a story as dark as this, there's a certain dissonance with the flat's color scheme. (According to IMDb, it's based on Edward Hopper's "Movie Lobby".)
Posted by MovieNut14 at 11:01:00 PM
Email ThisBlogThis!Share to TwitterShare to FacebookShare to Pinterest
Labels: blogathon/meme