BOOK VS MOVIE: Testament of Youth 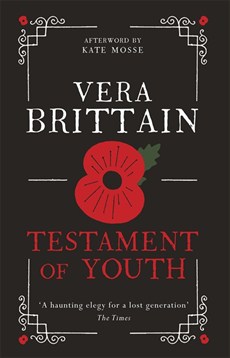 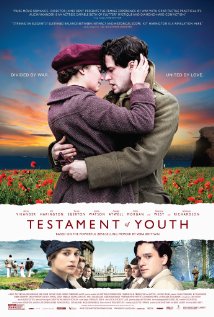 There have been many acts of brutality throughout history. And throughout all of them, they have been chronicled for the sake of fiction. Many of said chroniclers weren't even alive when these events occurred but if done properly, they can be just as haunting as the actual events.

That said however, many writers will channel their own experiences into their fiction. (See Kurt Vonnegut's Slaughterhouse-Five and almost everything Ernest Hemingway wrote pertaining to World War I as examples.) But even then writers won't sit down and document everything they experienced from their perspective instead of from a fictitious narrator. Thankfully there are those exceptions.

Vera Brittain's memoir Testament of Youth chronicles her life before, during and after the events of World War I. Much like Sebastian Faulks' Birdsong decades later, Brittain writes about how this brutal battle changed the world she knew and claimed the lives of those she cares for deeply. Through her perspective as a V.A.D. nurse (and with the occasional aid of poetic prose), she witnesses her generation lose its innocence.

A few omitted details aside, James Kent's adaptation stays true to what Brittain witnessed. Through Rob Hardy's cinematography, the film shows the life of Brittain (and countless others) drastically change from bright-eyed and innocent to broken and jaded. (If only Brittain had know this current generation is the same as hers...)

So which of the two comes out on top? Both are stunning though not without their flaws (the memoir gets too poetic in spots, and the film has a penchant for dramatic flair) but still, both provide a personal insight to a futile battle that scarred an era.

What's worth checking out?: Both.
Posted by MovieNut14 at 8:22:00 PM
Email ThisBlogThis!Share to TwitterShare to FacebookShare to Pinterest
Labels: book vs. movie, memoirs/biographies, reviews