BOOK VS MOVIE: A Slight Trick of the Mind/Mr. Holmes 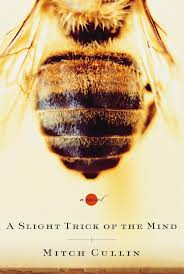 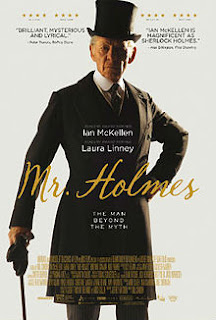 Throughout fiction, there are those characters that have lasted the test of time. Whether it's the brooding leading men of Jane Austen and the Bronte sisters or the many creations from Jim Henson, they always capture the imagination of those who discover them.

None more so than the great detective that is Sherlock Holmes. Even though Sir Arthur Conan Doyle grew to hate his creation (even trying to kill off Holmes to no avail), the fact that Holmes has persevered after all these years says a lot about his staying power. And even long after Doyle's death, the legacy lives on. (Within the last six years, we've gotten the Guy Ritchie-directed movies starring Robert Downey, Jr., the BBC-produced TV series starring Benedict Cumberbatch, and the CBS-produced TV series starring Jonny Lee Miller.)

And the number of books over the years is astounding. One such book is Mitch Cullin's A Slight Trick of the Mind, which follows Holmes long since his crime-solving days with Dr. John Watson, and it shows throughout how age can affect and betray one's memory. (Not a good thing for the world's only consulting detective.)

Bill Condon's film Mr. Holmes, as is the case with most adaptations, does stray away from the original source. That's not entirely a bad thing, mind you. Thanks to the work from Condon, Ian McKellen and Laura Linney, the film has a new, more broader perspective of Cullin's novel. (And admittedly, it's more playful than what Cullin wrote.)

So which is better? Both A Slight Trick of the Mind and Mr. Holmes have their own charms but they also show something else. They show how the ghosts of the past can haunt you. And they provide a poignant glimpse on life and aging. (Also, you can enjoy them even if you're not deeply familiar with Doyle's stories.)

What's worth checking out?: Both.
Posted by MovieNut14 at 3:19:00 PM
Email ThisBlogThis!Share to TwitterShare to FacebookShare to Pinterest
Labels: book vs. movie, director: Bill Condon, reviews