As most people know, very rarely do you find a solid female-led film. Granted, that’s been rectified in recent years (Young Adult, Blue Jasmine, Wild) but even then, Hollywood still has a long way to go. Most female roles are reduced to one of four roles: mother, virgin, slut and bitch. (Basically they’re reduced to how they’re identified by men.) Is it that hard to write a role for an actress that isn’t one-dimensional?

This is why Mildred Pierce clearly stands out. It has well-written female characters (then again, most female characters in films from Hollywood’s Golden Age had to have some form of dimensionality) and a well-structured plot. How often do you see that with contemporary mainstream films? (Answer: not very.) 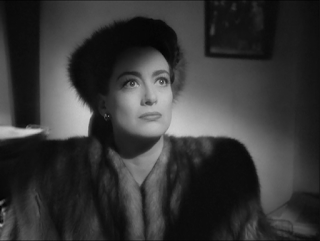 Starring in the title role is Joan Crawford in her Oscar-winning performance. At the time, her career was in somewhat of a slump. (It was labeled with the dreaded term “box office poison”.) Thanks to her persistence in getting this role (Curtiz wanted either Bette Davis, Barbara Stanwyck, Olivia de Havilland or Joan Fontaine for the role), Crawford proved that her career was far from poisonous. As the vain Veda is Ann Blyth, another Oscar nominee of the film. This film proved to be Blyth’s big break and boy, you can see why. You don’t see many females roles this manipulative and heartless nowadays, do you? (Well, Rosamund Pike in Gone Girl aside.) All I can say is it’s a miracle she didn’t get typecast as a result. 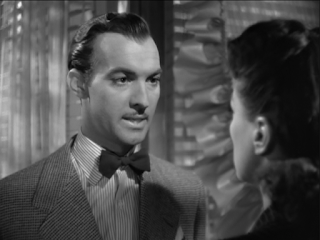 As the love interest (God, that felt good writing that) Monte Beragon is Zachary Scott. At first glance, he seems like a charming fellow. But it doesn’t take long before Mildred (and the viewer) realizes he has ulterior motives. (Rule of thumb when you’re watching classic films: if there’s a male character with a pencil-thin mustache and he’s not played by the main actor, he’s not someone to be trusted. Only exception is Laurence Olivier in Rebecca.) 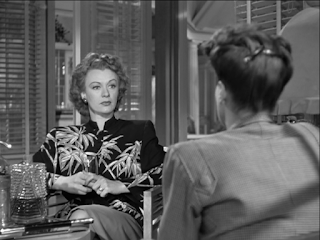 As the wise-cracking Ida Corwin is Eve Arden, the third Oscar nominee of Mildred Pierce. It’s clear that Arden provides most of the film’s humor which is obviously a good thing considering the nature of it. She also provides (in my humble opinion) the best line of the film:


“Personally Veda’s convinced me that alligators have the right idea. They eat their young.”

Very rarely do you find a film that work this well when it comes to characters and story. And yes, I am fully aware that it deviated from James M. Cain’s novel a great deal. But that doesn’t mean I enjoy the film less, does it? (Answer: of course not.)
Posted by MovieNut14 at 5:48:00 PM
Email ThisBlogThis!Share to TwitterShare to FacebookShare to Pinterest
Labels: blogathon/meme