BOOK VS MOVIE: House of Sand and Fog 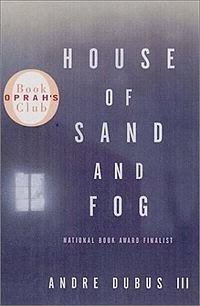 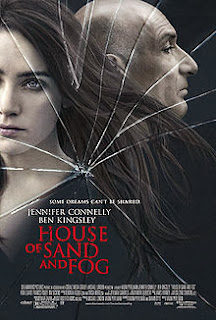 For every action, there's an equal and opposite reaction. Not just a law in physics but it can be applied to life itself. (Admit it. You've been in such a situation.)

This is certainly the case with House of Sand and Fog. The story follows three people: former Iranian colonel Behrani, emotionally unstable Kathy and uncertain police officer Lester. All three are thrown together because of the titular house. The outcome is one tinged with tragedy.

Andre Dubus III's novel has the first person narrative split between Behrani and Kathy (with an additional third person narrative for Lester later on), which adds more depth into the characters' psyches. You have three different perspectives on one single event, and all of them become determined (read: obsessed) to get what's theirs. It's quite an unnerving thing to read.

Vadim Perelman's film noticeably condenses Dubus' novel by omitting a number of scenes. The film also alters a number of crucial moments throughout. (They're not too severe of changes, but they are noticeable if you've read the book.) Still, the performances from Ben Kingsley and Jennifer Connelly (as well as Roger Deakins' cinematography) makes the film worthwhile.

Now which version of House of Sand and Fog is better? Dubus' novel is much darker than Perelman's film though the film has a nice, slow burn to it. But the film failed to fully capture the novel's sinister nature. After all, the novel proved that even good (well, mostly good) people can do bad things.

What's worth checking out?: The book.
Posted by MovieNut14 at 11:35:00 PM
Email ThisBlogThis!Share to TwitterShare to FacebookShare to Pinterest
Labels: book vs. movie, reviews