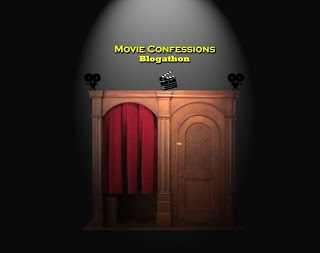 Forgive me, Father, for I have sinned. There are some dark secrets I carry within me, secrets I cannot bear to tell another living soul.

Be calm, my child. You can tell me.

Which classic movie don't you like/can't enjoy and why? 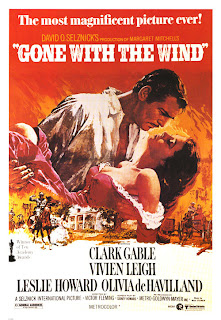 It was Citizen Kane for a while, but I think Gone with the Wind takes that honor. If Scarlett wasn't so much of -- what's the phrase I'm looking for? -- a bitch, I probably would have liked. But frankly, my dear, I don't give a damn.

Which ten classic movies haven't you seen yet?
Classic films I'm set with for the most part. It's the newer titles that I'm lacking with.

Have you ever sneaked into another movie at the cinema?
Nope. Don't plan to either.

Which actor/actress do you think is overrated? 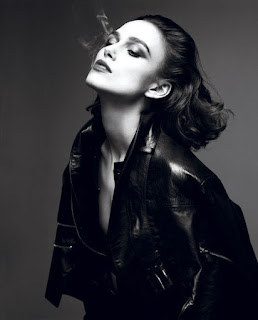 Keira Knightley. I mean, she was good in Last Night (probably the only performance of hers that I've seen and liked), but she made her performance in Atonement overwrought, and she doesn't really do much in Love, Actually and The Duchess.

Which big director have you never seen any movie (and why)? Jane Campion. Yeah, I know. I need to see The Piano and Bright Star, but I simply got caught up with other directors. (Come to think of it, I need to catch up on the work of female directors in general.)

Which movie do you love, but is generally hated?
Well, I didn't particularly love it, but I sort of have a soft spot for The Mirror Crack'd. It's not good, but it's amusing.

Have you ever been "one of those annoying people" at the cinema?
Good heavens, no. I don't talk during a movie. I don't text during a movie. (I might turn my phone on briefly to check the time, but I turn it off just as quickly.) I'm a fucking saint when it comes to going to the movies.

Did you ever watch a movie, which you knew in advance would be bad, just because of a specific actor/actress was in it? Which one and why?
Oh God yes. (Who hasn't done this?) There was a movie called Sex and the Single Girl starring four classic actors I like: Tony Curtis, Natalie Wood, Henry Fonda and Lauren Bacall. Man, it was worse than I thought it would be.

Did you ever not watch a specific movie because it had subtitles?
There are dumbasses that do that?

Are there any movies in your collection that you have had for more than five years and never watched?
I've had Amadeus and The Cider House Rules sitting on my shelf collecting dust for some time. Not exactly five years, but for several years.

Which are the worst movies in your collection and why do you still own them?
Here's the thing: when I have DVDs I don't want anymore (especially ones I saw once and am not particularly crazy about seeing them again in the distant future), I put them somewhere else. (More specifically, a box.) The only reason I still have them is because I don't know who to give them to.

Do you have confessions about your movie watching setup at home?
I like watching movies on my laptop with its 14" screen, something most other people would be going "ugh" about. But if I have something on the DVR I want to watch, I got a 26" flat screen TV to watch it.

Any other confessions you want to make?
Sometimes I buy a DVD without having seen the movie beforehand. (Which would explain my answer two questions earlier.)
Posted by MovieNut14 at 12:35:00 PM
Email ThisBlogThis!Share to TwitterShare to FacebookShare to Pinterest
Labels: blogathon/meme