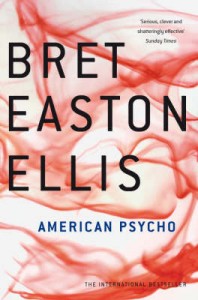 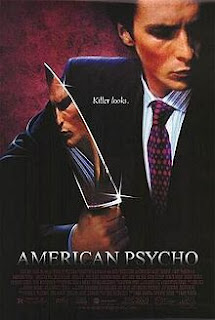 You know how most adaptations are completely different from the original source? Most of the that's just annoying. Other times, however,  it makes room for slight improvement.

Take for example American Psycho. Bret Easton Ellis' book contains more blood and guts (literally) than a Tarantino movie and a Peckinpah movie combined. But thanks to Mary Harron's adaptation, the story's violence gets toned down considerably. If it wasn't for that factor, I would've avoided the movie like the Black Plague.

Those who have seen American Psycho can vouch that Christian Bale should have been nominated for an Oscar. After seeing his work, that's a resounding "Hell yes!" Seriously, he had to wait a whole decade before getting some recognition? Lame.

So what do I think of American Psycho? The book was too gruesome and the movie, though less violent, was also a bit too gruesome. That aside, however, I did like them. Sort of.

What's worth checking out?: I'd go with the movie.
Posted by MovieNut14 at 11:09:00 PM
Email ThisBlogThis!Share to TwitterShare to FacebookShare to Pinterest
Labels: book vs. movie, directed by women, reviews