Making the Case for The Deep Blue Sea 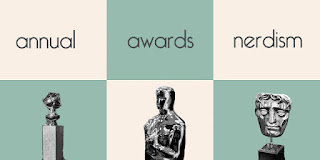 Stevee has commissioned her many readers to a blogathon. With awards season fast approaching, she thought it would be appropriate to cover the films that the voters will very likely overlook. Originally I didn't want to join in, but Stevee insisted. Considering most of the films I saw from this year are going to be awards worthy, it was somewhat hard to think of a good film to cover. I say somewhat because it didn't take long to think of a good film. Which one, you ask? Terence Davies' The Deep Blue Sea.

Stevee implicated that she only wanted one aspect of the film covered in our posts. (You know, an actor's performance, cinematography, and so on.) However, there are three things I want to focus on. I'll try to keep each entry short though. 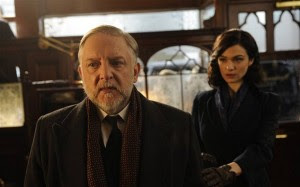 The first is Simon Russell Beale. As William Collyer, he shows a controlled display of emotions in the little screen time he has. Pay attention to his face when he overhears Hester talking to Freddie on the phone. The silent devastation in his features speaks volumes. That look stays with him throughout the film, and it's a haunting look. 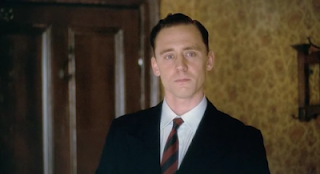 The second is Tom Hiddleston. His Freddie Page is very much the opposite of Beale's William. William keeps his emotions reserved whereas Freddie's mood can change in the blink of an eye. One minute he's joking around, the next he's seething with anger. Many people have been introduced to Hiddleston from his villainous role of Loki in Thor and The Avengers, but it's his work here that confirms he'll be around for some time. (Freddie's penultimate scene with Hester is solid testimony of that.) 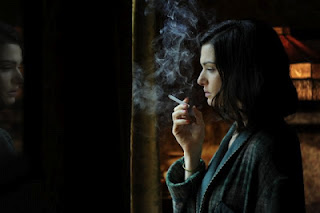 Last but definitely not least is the reason for why The Deep Blue Sea should not be forgotten this awards season: Rachel Weisz. Her Hester Collyer longs to be happy, but something is stopping her from achieving true happiness. As I said in my review:


There's a perpetual sadness in the face of Hester Collyer (Rachel Weisz) that lingers throughout Terence Davies' The Deep Blue Sea. It's very evident when she's with her husband William (Simon Russell Beale). Even when she's with her lover Freddie Page (Tom Hiddleston) she has that look, no matter how happy she appears.

It's probably the most nuanced performance of this year and hopefully one that earns some recognition.

I'm probably in the minority in adoring this film (more so for having actually seen it), but I really hope the critics' circles and other awards organizations don't overlook this film. It is quite fantastic.
Posted by MovieNut14 at 5:08:00 PM
Email ThisBlogThis!Share to TwitterShare to FacebookShare to Pinterest
Labels: blogathon/meme