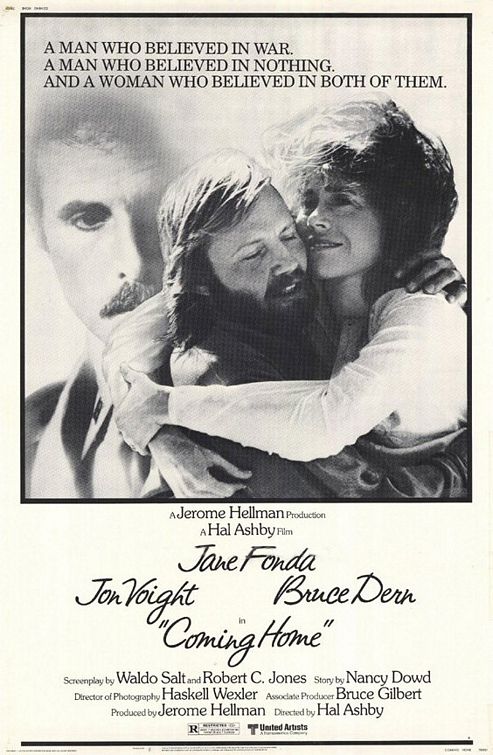 1978 had to be an interesting year for movies. I mean, you had a movie that was pro-Vietnam (The Deer Hunter) and another that was anti-Vietnam (Coming Home), both of which competed for Oscars. Both were victorious.

While her husband Bob (Bruce Dern) is serving in Vietnam, Sally Hyde (Jane Fonda) decides to volunteer at the local VA hospital. There, she meets paraplegic veteran Luke Martin (Jon Voight), with whom she has an affair with.

The work from Fonda, Voight and Dern is very good, so it's clear to see why they were nominated (with Fonda and Voight winning). Coming Home, much like The Deer Hunter, focuses on the effects of war on returning soldiers. But The Deer Hunter shows how far those effects will push a person to the edge; Coming Home only shows the minimal effects a soldier endures. But Hal Ashby (who's better known for the cult classic Harold and Maude) manages to provide a sensitive view on returning soldiers of the Vietnam War.