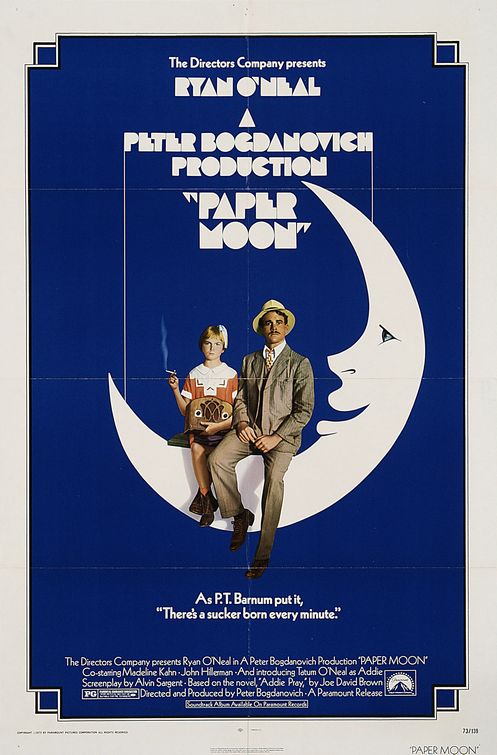 Along with casting real-life couples as lovers, another casting idea is to have real-life family members cast as family members in movies. There are a number of famous Hollywood families (the Coppolas, the Hustons, the Fondas), some of them still working today.

One of the main issues with Tatum's Oscar win is that it's misleading; she won for Supporting Actress even though she's in almost the entire movie. My theory is she got placed in Supporting because she hadn't been in any other movies before Paper Moon. Anyway, moving on. The rest of Paper Moon is fun and light. But considering it was released the same year as The Sting (both movies focus on con artists from the Great Depression era), it feels like it has been done already.

My Rating: ****
Posted by MovieNut14 at 7:30:00 AM
Email ThisBlogThis!Share to TwitterShare to FacebookShare to Pinterest
Labels: 1970s, movies, reviews