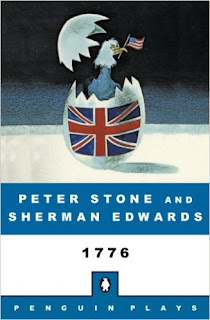 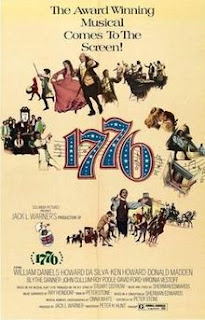 If there's one very unlikely subject matter for your average musical, it's history itself. Sure, there have been those not set in the present day but few actually set historical events to music. (Then again, we have been treated to the likes of Hamilton over the last year.)

But forty-six years before Hamilton hit Broadway, another musical with a historic backdrop made its presence known. That musical was 1776. Focusing on the Declaration of Independence's creation, it has a wit to it that's usually lacking in more serious works of this nature. (That's a narrow field to begin with.)

Peter Stone and Sherman Edwards' play chronicles the tense moments that went into America's creation. (Hey, it wasn't as clean cut as the history books claim.) With Edwards' history major in use, the two dramatized (and set to music) the events that went towards the signing of a historic document. (Oh, and taking a few jabs at the politics of their time.)

A few exceptions aside, Peter H. Hunt's adaptation recruits a number of people associated with the original production (including Hunt himself). Adding some small touches from the source material, the film has a more playful (pun not intended) nature to it. And to no surprise, William Daniels carries the whole show away.

In regards to which version of 1776 is better, it's hard to narrow it down. Stone and Edwards' play has the whole script in front of you while Hunt's film has the advantage of music. (It's not easy reading a musical without knowing how the numbers go.) That said, the choice is easy.

What's worth checking out?: Both.
Posted by MovieNut14 at 10:25:00 PM
Email ThisBlogThis!Share to TwitterShare to FacebookShare to Pinterest
Labels: book vs. movie, plays, reviews