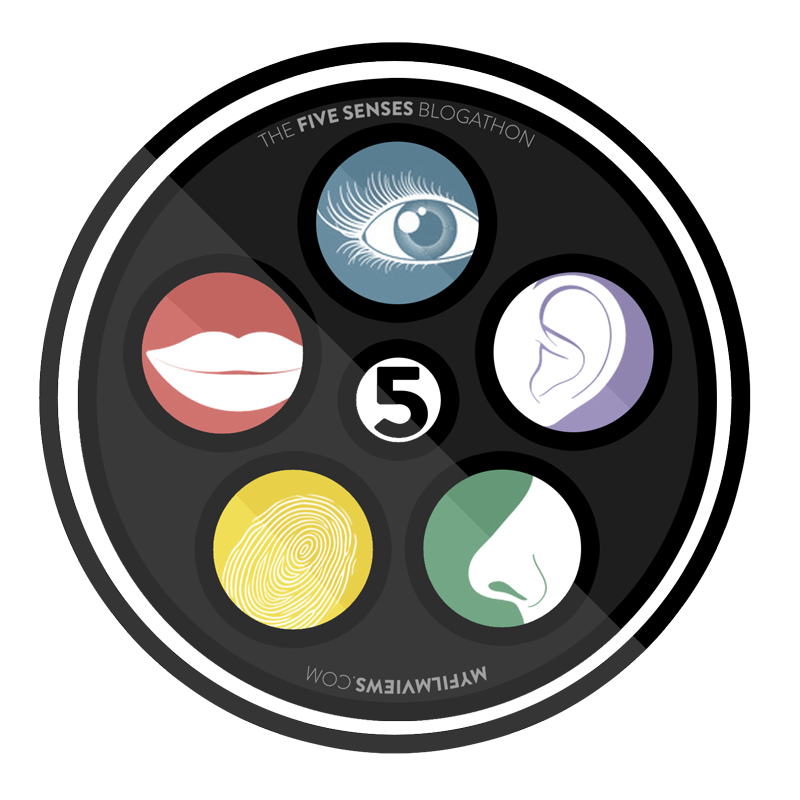 SIGHT
Oh, James Wong Howe's cinematography is just to die for, isn't it? And it adds to the paranoid nature of the film to the fullest.

SOUND
A more recent entry, certainly, but also one worth mentioning. This is one of those films that you need to watch with a really good sound system. Who would've thought that music could be so terrifying?


TASTE
Most people would choose a film revolving around food or cooking for this category, so why did I choose Nichols' penultimate film? The answer is within this exchange:

"We do everything that people who have sex do!"
"Do you enjoy sucking him off?"
"Yes!"
"You like his cock?"
"I love it!"
"You like him coming in your face?"
"Yes!"
"What does it taste like?"
"It tastes like you but sweeter!"
"That's the spirit. Thank you. Thank you for your honesty. Now fuck off and die, you fucked up slag."

SMELL
Again, a choice that was picked because of an exchange:

TOUCH
In my eyes, touch can play a far more intimate role than any verbal declaration. So it seems ironic that a film about a poet's love affair focuses more on the close proximity of the lovers rather than the words they exchanged.

So those are my choices. What do you think?
Posted by MovieNut14 at 1:23:00 PM
Email ThisBlogThis!Share to TwitterShare to FacebookShare to Pinterest
Labels: blogathon/meme