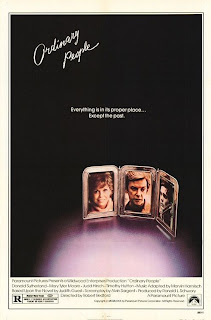 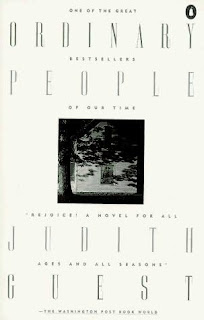 Most people know Robert Redford's directorial debut as the movie that won over Raging Bull. Chances are they've probably never watch the movie, or read the book it's based on for that matter.

The Jaretts are a suburban family recovering from a loss. Buck, the eldest son, has died in a boating accident. Conrad, who was with Buck when he died, feels responsible for his brother's death and has attempted suicide due to his guilt. Beth, the mother who preferred Buck, has shut off her emotions to her family and friends. Calvin, the father, tries to keep the family together in its time of recovery.

The book I found a little slow-paced (probably because I read it after I saw the movie), but I still liked it. The movie I found more engaging, particularly with strong dramatic performances from Timothy Hutton, Mary Tyler Moore (!), Donald Sutherland and Judd Hirsch.

What's worth checking out?: I'd go with the movie.
Posted by MovieNut14 at 9:12:00 AM
Email ThisBlogThis!Share to TwitterShare to FacebookShare to Pinterest
Labels: book vs. movie, director: Robert Redford, reviews