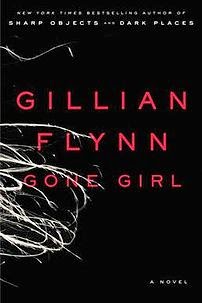 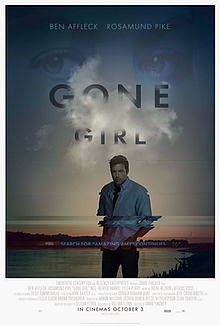 If there's one thing that's never completely perfect, it's marriage. Sure, the early years might seem perfect, but it's never that way as time wears on. Because after all, who are you really married to?

That's a theme that's been in countless works of fiction, the most recent entry being Gone Girl. It's easily one of the acidic depictions of marriage ever captured. Seriously, you thought George and Martha form Who's Afraid of Virginia Woolf? had a toxic union.

Gillian Flynn's novel is just dripping with hatred and contempt. Usually that's a trait for perhaps either a lone scene or even a character. But for a whole novel? That is a daring move. (A Jane Austen quote comes to mind: "I hate to hear you talk about all women as if they were fine ladies instead of rational creatures. None of us want to be in calm waters all our lives.")

Apart from a few tweaks here and there (some scenes/minor characters removed, minor details altered), Flynn keeps the viciousness very much alive in David Fincher's adaptation. And as expected from any Fincher film, the cast is sublime. Everything about the film is so deliciously wicked, but nothing can top Flynn's script. (Oh, and Rosamund Pike's performance.)

But which of the two reigns supreme? The novel is very good (even though some might think otherwise) though Flynn manages to improve it for the film. But both are fine works in their own right, so choosing is a bit hard. (Thankfully, not too hard.)

What's worth checking out?: The movie.
Posted by MovieNut14 at 9:59:00 AM
Email ThisBlogThis!Share to TwitterShare to FacebookShare to Pinterest
Labels: book vs. movie, director: David Fincher, reviews