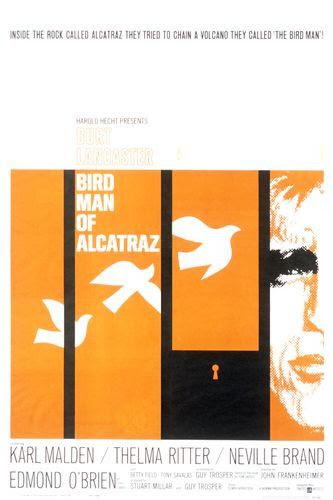 The best known movie of director John Frankenheimer is the Cold War thriller The Manchurian Candidate. He had another movie released the same year.

As an inmate at Leavenworth prison, Robert Stroud (Burt Lancaster) has a series of confrontations with the guards and other convicts. After Stroud kills a guard, he is sentenced to life in solitary confinement. He develops an  deep interest in caring for birds after finding one in the exercise yard, which gives him a new purpose in life.